I was invited to take part in the Jackson Historical Society's annual White Mountain Art Show and Sale where my work hangs beside the 19th Century Landscape painters of this region (many of whom were also well known Hudson River School Painters). For more information on the artistic history of the White Mountains of New Hampshire check out http://www.whitemountainart.com/. Gifford, Durand, Cole, and the rest all painted in this beautiful region. This small town show consigns work from some very fine collections of historic White Mt. art, and has seen and sold the likes of William Trost Richards, Alfred Thompson Bricher, Benjamin Champney, and William Hart. Here are some of the historic highlights (in my opinion) this year:


Here are some of the paintings I have at the show:

﻿ ﻿
﻿﻿
﻿ For more information please see the Society's website: http://www.jacksonhistory.org/ ﻿
Thank you for your interest. More studies from this summer are on the way.
Posted by Erik Koeppel at 3:55 PM 1 comment:

American Artist asked artist/writer, John Parks to write an article on my workshop this summer through the Grand Central Academy﻿. John came out with us for a couple of days, interviewed the students and I, and wrote this very kind article which just came out in American Artist: Plein Air Painting Fall 2011 issue. I'm very flattered to be included, and I hope anyone who's interested will pick up a copy and check it out. 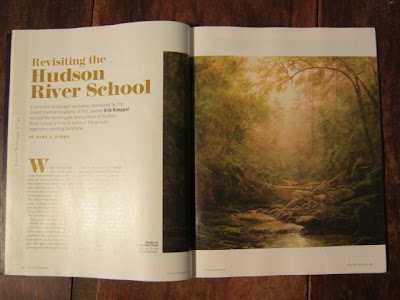 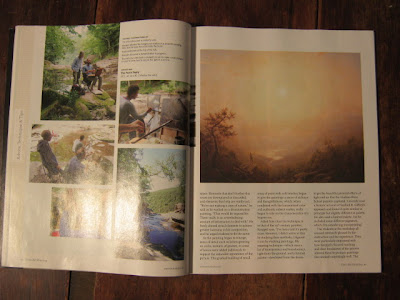 Excerpt:
"During the twentieth century attention to the became largely historical as artists moved on to other kinds of painting.  But the recent upswing in interest in traditional techniques and approaches has rekindled an awareness of the group.   This summer the painter Erik Koeppel, in conjunction with the in , offered a workshop in a particular landscape technique which allows painters to recreate the look, feel and philosophy of the painters. Remarkably, much of the scenery that inspired the nineteenth century painters remains intact and unspoiled so that students can experience many views exactly as they were nearly two centuries ago.   Painting in some of the famed locations beloved of painters like Cole, Durand, Kensett and Gifford, Koeppel spelled out the parameters of the style and approach while conducting daily demonstrations of a technique that is very much akin to that used in the nineteenth century. "

Here are some of the paintings from the article, which also contains lots of demo shots, and technical advice:


﻿ ﻿
Thank you for reading. The next post may be about NH studies.
Posted by Erik Koeppel at 8:11 PM 3 comments:

We had a beautiful time painting in a quiet southern region of France called Aveyron. Small stone Medieval villages surround the hills of the Tarn River, and are walled in by white cliffs capped with expansive plateaus. In this region, things are still done the old way. Flocks graze on the plateaus. Produce is grown organically in local gardens. Castles crumble on the hilltops, and life is refreshingly simple. Lauren and I had the pleasure of meeting many of the locals in the tiny village of Liaucous where we stayed, and they were very generous and hospitable. Here is the work I created on this trip: 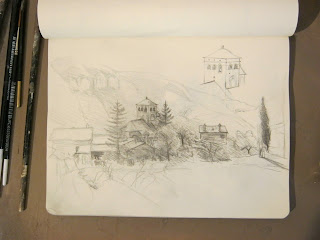 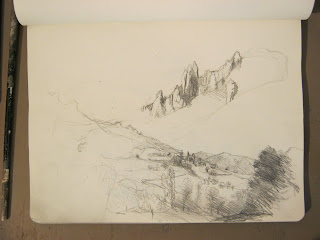 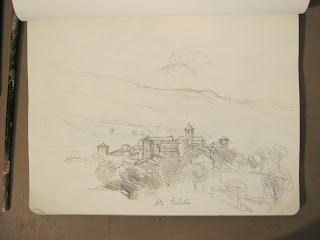 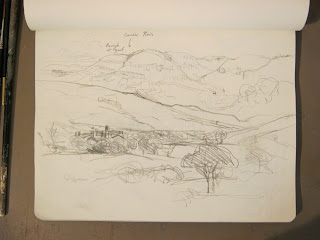 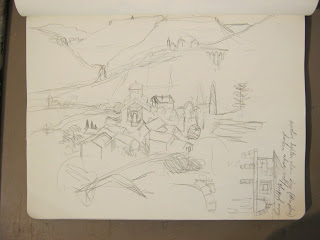 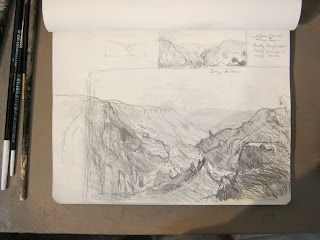 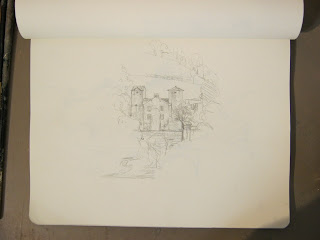 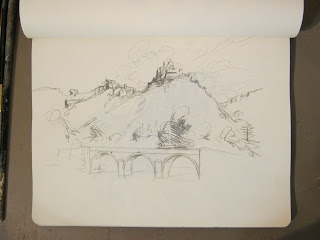 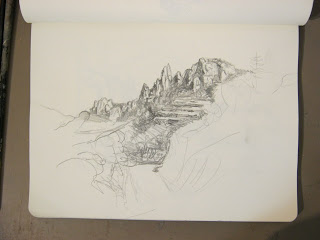 Special thanks to Adrienne Pascal-Chattot for sharing this magical place with us, and to the people of Liaucous ﻿for welcoming us.
We are planning to return to this region next September so if anyone would be interested either in a workshop in this area, or just joining a group of artists to paint outdoors please email me, erik@erikkoeppel.com
Thanks you for reading. Next post may cover our subsequent visit to the Louvre.
Posted by Erik Koeppel at 1:44 PM 1 comment:


"Erik, I'm curious as to how much of these compositions are from your imagination. I'm also wondering how you might have re-designed the tree shapes in these paintings. I've often noted that the trees I see in nature are not as elegant in form as those in HRS paintings. "
Thu Sep 22, 11:47:00 AM EDT

REPLY:
Hi Lori, thank you for your comment. In the most basic sense these three paintings are entirely from the imagination as I didn't use any photos or outdoors studies as references to create them. However study from Nature played a major role in the creation of these works. When I study nature I try to study it in a way that I can remember its forms and 're-create' them. For instance, the bull in the Europa Painting wasn't done from one study of a specific bull, but I have done many studies of cows and bulls from life (and mini-sculptures) in an effort to know and understand their form (basically to have a sculptural ideal in my mind of what makes up a bull, and how it's different from other quadrupeds, and how it's the same). This is basically the way that I study all the elements in my paintings (from rocks and trees to figures and architecture to light and atmosphere). I start with a basic geometric knowledge of a thing's form, and build up to a more subtle understanding of its character. Something that I really enjoy about working in this way is that everything I study is re-usable. Rather than drawing one view of a bull in one position and one light, I now have a concept that I can continue to work with and re-combine endlessly.
Here's a study of the mathematical diminution of tree branch
diameter based on Da Vinci's theory that the ideal tree would have the sum of its branches (area of cross-sections) equal to the base trunk. Reducing this formula, I found that placing right triangles of different proportions in the forks of trees fits the equations and is useful for 'imagining' trees or analyzing them spatially from life.

I'd like to do another post later to more thoroughly cover tree-design, but I do re-design trees quite a bit with regard to balance and elegance. I find it very important in landscape painting that the trees express the mood or intended feeling of the painting. Something more wild and sublime would demand a tree of one character, and a pastoral would demand another. I feel that all the parts of a painting should align to support its intended expression.

So in answer, yes, I make paintings of places (mts, trees, rocks, rivers, etc.) that are imagined and do not exist, but I make every effort to understand the things that I paint in such a way as to present an Ideal Reality that could exist.

Thank you for reading. Next post will be studies from France!
Posted by Erik Koeppel at 12:38 PM No comments: